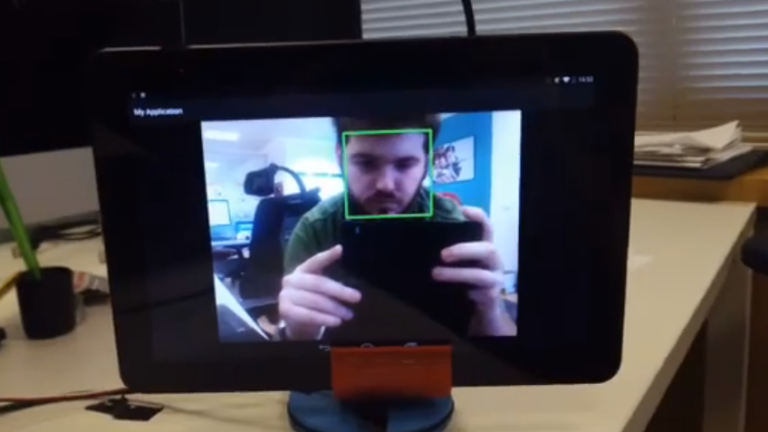 This is a simple project implementing a face-tracking device using OpenCV's haar cascades in an Android tablet. The algorithm searches for the largest face and gets its coordinates, which it then compares to the middle of the screen. If the face is to the side of a buffer window it sends a command to the servo to move a degree in the opposite direction until the face is inside the window.

I've used one of the wheels from my modular robots project as the tablet stand so it only moves in one axis, but using a pan and tilt platform a complete tracking could be implemented trivially.