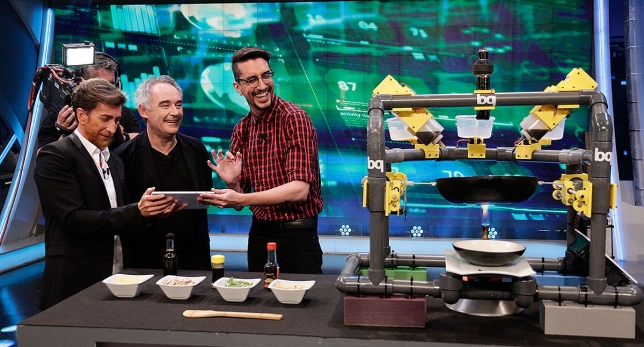 This project was developed with Javier Isabel for the Spanish TV show El Hormiguero. Since world-famous chef Ferran Adrià was invited to the show, we were asked to build a robot capable of cooking.

Robowok is built out of PVC pipes is operated from an Android tablet over Bluetooth. It consists of a wok that shakes over the fire, three servo-driven bowls to separate solid ingredients, two bottles containing oils or sauces and a fan-based spice delivery system. 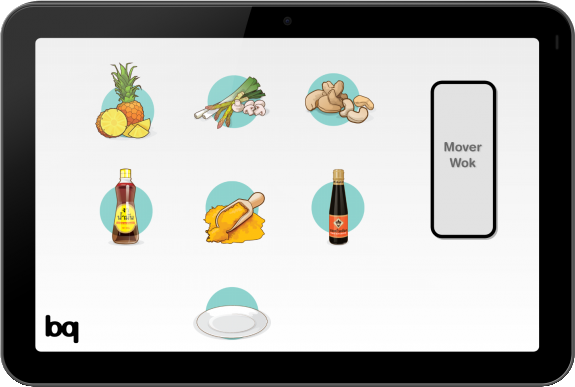 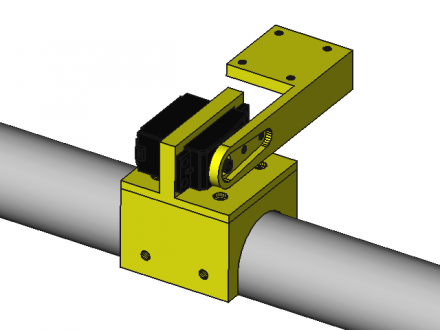 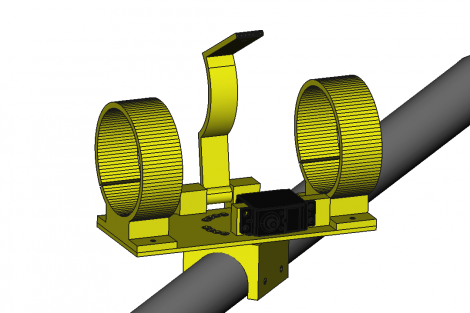 Here we can see Robowok in action